A Womb with a View 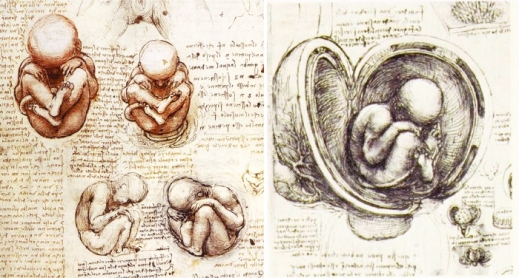 On Ectogenesis and What it Could Mean For Society

Ectogenesis refers to the “growth of an organism in an artificial environment”, outside the body of its parent.

Recent developments and scientific research have meant that ectogenesis in humans could become a reality in a realistically close time frame, one that could have ramifications for current generations; as soon as the next 20 to 30 years.

Experiments on smaller mammals have, in light of their limitations, been successful†.

The potential effects of this research are gargantuan, and could change the course of human life entirely. Several significant effects come to mind, and are significant from both feminist and scientific perspectives.

First, the mass availability of this scientific method would spell the end of ‘non-viable uteri’ ; with the creation of an artificial gestation container, the conditions provided to the foetus by the uterus and other components of the female reproductive system can be externally created and regulated. Constant mechanical monitoring will minimise intra-pregnancy risks or accidents that are simply down to sudden chance. Pregnancy losses due to accidents would be entirely negated, as would possibly any other uterine issues, foetal nutrition, placental detachment and a host of other issues those in Obstetrics and Gynaecology could explore in more significant detail.

Mechanical monitoring and constant, programmed adjustment of conditions could also be more reliable than its manual counterpart, as the aspect of human error would then have been largely removed. This would also remove the ‘biological clock’ aspect of conception, pregnancy and childbirth, although detractors may have issues with the ‘age’ at which it is ‘suitable’ to be a parent, and the limitation of the physical strain on child-rearing is a possibly significant issue.

Homosexual couples, for example, gay men who wish to conceive naturally, would no longer be dependent on surrogacy to have a child. Ova, donated either anonymously or with the consent of a loved one, could be gestated with no physical strain or dependence on a third party. This also solves several other issues related very closely to surrogacy.

Ethics and legislation surrounding surrogacy are rather nebulous, and the potential issues are enormous. A very real example relates to the surrogate, who may not be the egg donor, desiring to keep the child she has gestated. In this event, while legislation may or may not be available, dealing with the potential issue of a surrogate going rogue, or developing an attachment to the foetus, a desire to keep the child might prove difficult to deal with, an issue that has occurred in the past.

Surrogacy and the selection of a surrogate mother is an arduous, tenuous process inundated with extensive paperwork, which leads several people to seek surrogate mothers in countries where legislation is more lax and human life more abundant, and, consequently, less valuable in terms of legislation. Women from these countries, including India and Thailand among others, are paid money to be surrogates. Human life is commodified, these specific lives reduced to wombs-for-hire, and several of the women in these countries are trafficked, leased out as ‘wombs-for-hire’, receiving a negligible chunk of the sum paid to their ‘lessors’ for those with access to funds, reduced, as it were, to characters from a dystopian world straight out of the mind of Margaret Atwood.

The existence of external wombs would pare down significantly the quest for ‘wombs for hire’, although this could be over a longer time frame because the technology will be expensive in its nascence and not entirely widely accessible to begin with. However, it could help combat a significant social evil.

The possibility of extra-body gestation also opens up several avenues for women who wish to have children in view of their careers. Pregnancy would no longer be a physically taxing stretch of life that forms an encumbrance on work, physical activity or any other task a woman wishes to undertake, and no longer cause a pregnant pause in careers, which could then progress as normal as they do for men.  This could result in a move towards more equanimous parenting, beginning to break patriarchy-imposed barriers which are ‘reinforced’ using ‘nature’ and ‘biology’ as excuses for inequality. Women would no longer be necessitated, forced to stay exclusively within or around their homes, as further and further excuses for the justification of gender inequality are eradicated.

This scientific development could have the potential to help break glass ceilings.

The effects of body issues, dysmorphia and changes are significant, even on non-pregnant women, and entire industries function off these aggressively marketed, purely appearance-based products. This could put an end to the significant medical and physical effects of pregnancy on a woman’s body, therefore affecting neither her physical health nor her mental health, by way of impacting her body image.

However, is the philosophical issue largely surrounding the ideal that childbirth is attributed saintlike, magical qualities even though it is merely a biological process common to every mammal in existence? It is not ‘sacred’ in any form of the word; this is merely a human endeavour to make fantastical that which is not.

The oft-repeated ‘wisdom’ of the patriarchy, in order to cause the virtual imprisonment of the female within the home, has been, across geographies and socio-economic strata, the avowal of the basic reproductive differences between the sexes, the need for the mother to be the ‘primary provider’ simply because  ‘science’ or ‘biology’ dictated it.   That the woman was meant to be the bearer of children for the family she married into, which continues to be the widely, nay, primarily held belief in several developing and developed countries. The familial and societal pressures in these countries cause a Handmaiden’s Tale-esque scenario, with an actual alienation in the minds of the women who go through these experiences between their bodily choices and the decisions they are forced to take, the societal pressures to have a child that one may not necessarily desire.

While these scientific developments may blur some ethical lines, they elucidate and outline far more clearly some others that could help science, legislation, the structure of society and the human race at large, in a multitude of ways, although they may bring with them some potential issues that will need to be discussed and examined in far greater detail.

The termination of pregnancy and related issues would need to be analysed. Although ectogenesis, as a deliberate scientific process, is entirely intentional, the potential for the desire to terminate the pregnancy is entirely possible.

If ectogenesis becomes a reality, science will dictate a new reality, one that, to me, heralds positivity in terms of biology and sexual equality.  Pregnancies would be easier, safer for both foetus and mother, and natural childbirth more accessible across society.

Women need not be primary caretakers anymore, and the reality of ‘househusbands’ that John Lennon imagined, of men being the principal caretakers of their children, taking over more traditionally ‘female’ home duties’, or becoming ‘mothers’ in the historical sense of the term as they take over the majority of caring for their children, a task previously relegated automatically to women, irrespective of career, choice or personal desire.

Our world is changing every day, from the bottom up, and should ectogenesis become a reality, the dichotomy of a gender-based societal division of roles would cease to exist, or at the very least pare itself down on a long enough time frame. These roles would affect significantly patriarchal societies that consider women mere tools for reproduction, should human ectogenesis become a reality, the kind that is widely available to those who wish to use it.

As of now, external wombs are still experimental, so until further study and work,  the term ‘Human Ectogenesis’ is up for grabs. Perhaps a collaboration among Peter Venkman, Ray Stantz, Egon Spengler and Phil Collins?

† Over a decade ago, Dr. Helen Hung-Ching Liu, Director of the Reproductive Endocrine Laboratory at the Center for Reproductive Medicine and Infertility at Cornell University, engineered mouse endometrial tissue (the tissue that forms mammalian uterine lining) to an extra-uterine framework or ‘scaffold’, as described in her research, successfully growing a mouse embryo to term.

Although human trials are not permitted for ethical and philosophical reasons, Dr. Liu grew a human embryo for 10 days in an artificial womb, with the goal of developing, someday, an external womb. Legislation, however, permits a fourteen day cap on this sort of research.

Writer, reader, musician, crossword puzzle addict, social scientist, funnywoman, traveller and Beatlemaniac extraordinaire, I enjoy the first of those things the most. Editor and writer at Sportskeeda.com, loving what I do and doing what I love. Formula One, tennis and running editor, Ayrton Senna fan. I write about society, culture, feminism, politics, economics, film, advertising, of things that affect the world at large. I love to sing, and play the piano and a bit of guitar. I also love taking photos. Of anything and everything. My food, a dog on the street, a panhandler, a piece of trash. If I likes, I strikes. Whenever and wherever the inspiration strikes. When I'm not writing news articles, blogs and essays, I like working on a bit of fiction. You can find my short stories and other general musings at: www.anuthebeatlegirl.blogspot.com or http://anuthebeatlegirl.wordpress.com My photography and poetry at: http://www.schizoiddeviant.deviantart.com And my music at: http://www.youtube.com/anu2601
View all posts by abohemiansrhapsody »
« Previous post
Next post »

What I write about

You can also find me at:

for short stories and life-blogs

For poetry, photography, and everything in between